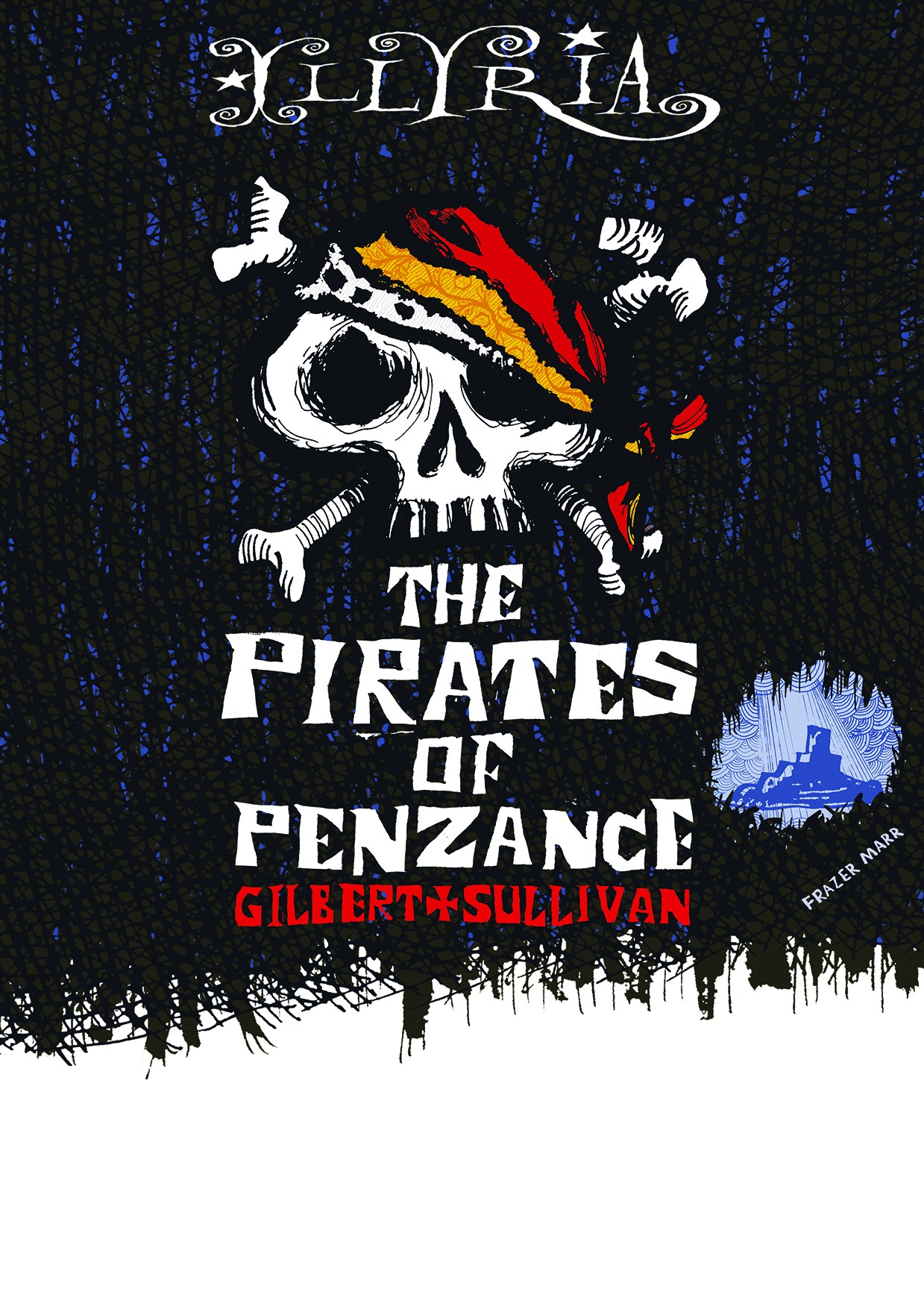 For 30 years Illyria has dominated the open-air touring theatre sector. Illyria burst onto the scene in 1992 when not only was there scarcely a scene to burst onto, but what scene there was entirely consisted of Shakespeare.

With a history of “firsts” behind us, Illyria has chosen to celebrate our 30th birthday by returning to 3 of our most successful ones. Our Shakespeare production will be the same as the one that kicked the whole thing off back in 1992: A MIDSUMMER NIGHT’S DREAM. For our family show we will return to the first ever children’s show we toured: PETER PAN. For our Gilbert & Sullivan we are revisiting the perennially popular THE PIRATES OF PENZANCE.

THE PIRATES OF PENZANCE
By Gilbert and Sullivan

Frederick, apprenticed to the Pirates since a child, learns that he was born in a leap year on 29th February, and that he is contracted to the Pirate King until his 21st BIRTHDAY, not his 21st year. With only the inept Penzance constabulary to protect him, how will he resist being forced to endure a life of crime until he is 84 – and will his sweetheart, Mabel, wait for him that long?

With hilarious melodrama, sharp satire and glittering wit, The Pirates of Penzance is as fresh as if it had been written today. It is packed-full of memorable songs such as To be a Pirate King!, Modern Major General and A Policeman’s Lot is Not a Happy One.

Please bring your own rug and folding chairs, picnics welcome. Performance continues regardless of weather.