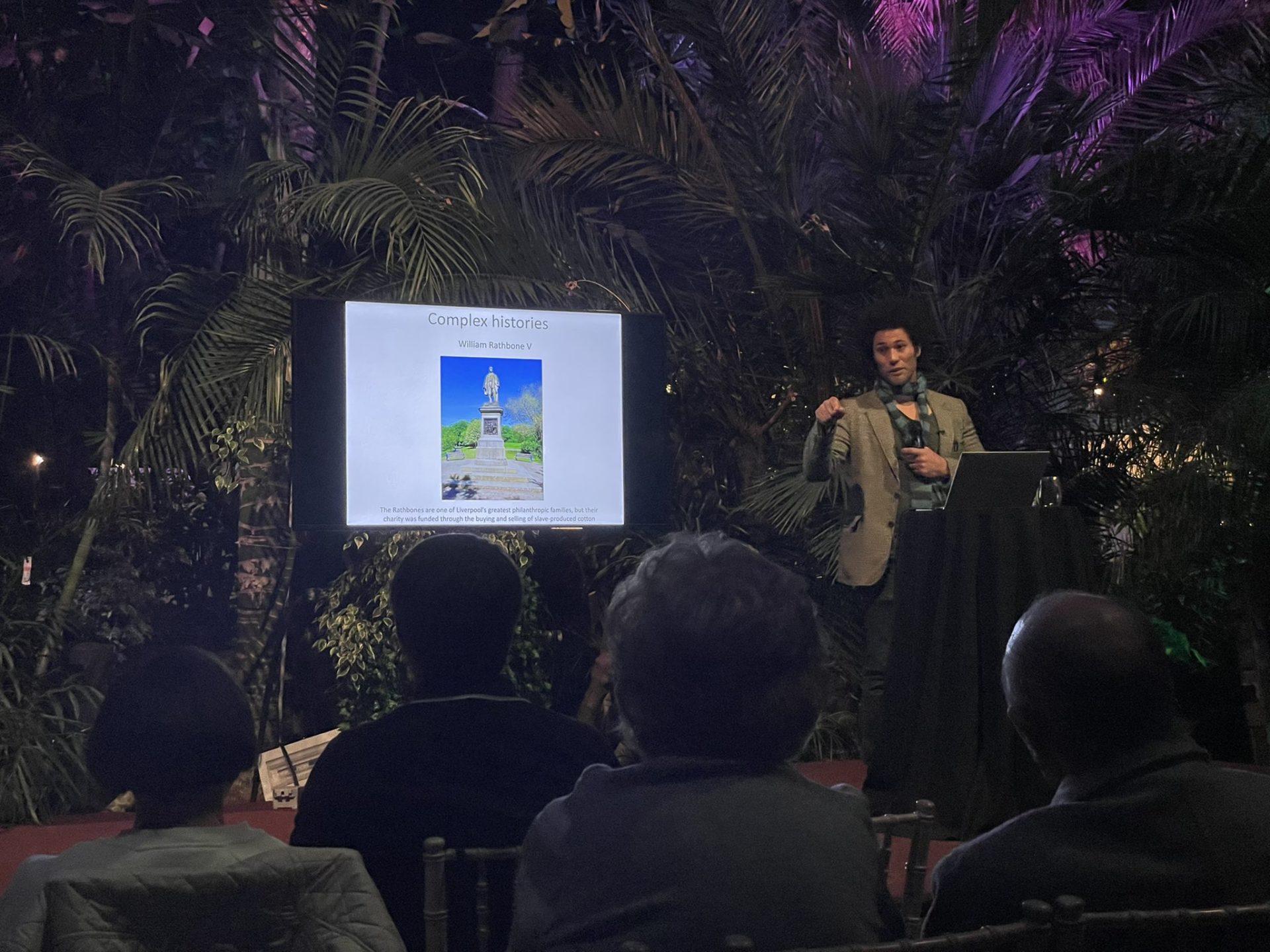 We were fortunate enough to welcome Laurence Westgaph, Liverpool Historian, to speak at the Palm House on the subject of ‘Sculpture, Philanthropy and Liverpool’s Slave Trade’ in October 2021 to a packed audience.
As well as speaking about some of the sculptures that are found within the grounds of the Palm House, he gave us a whistle-stop guide through Liverpool’s place within the transatlantic slave trade and highlighted other buildings and sculptures in Liverpool that had connections to philanthropists who also benefited from the money slavery generated.

This Talk was held and filmed at the Sefton Park Palm House on Monday 11th October 2021. Laurence Westgaph, National Museum Liverpool’s Historian-in-Residence guides you through some of Liverpool’s sculptures and their relationship with the transatlantic slave trade. Celebrated for their philanthropy or achievements, how should we update our interpretation of these sculptures to reflect the whole story and what are the next steps for Liverpool’s Enslaved Memorial Project.

Laurence Westgaph is an independent researcher, community historian, writer, broadcaster and tour guide. He has a particular interest in Liverpool’s role in the slave trade and how its legacies have benefited the city and impacted its built environment, civic, cultural and educational institutions. Laurence has written on these subjects for a number of publications and has advised Historic England on their Liverpool listed buildings that have a connection to slavery. Laurence is currently leading on the Liverpool Enslaved Memorial Project, established to create a permanent monument in the city to commemorate the enslaved people who lived, died and were buried here during the slave trade period.